Schools only* Order a set or ask for informations

Constructions, board game, learning tool. All in one. 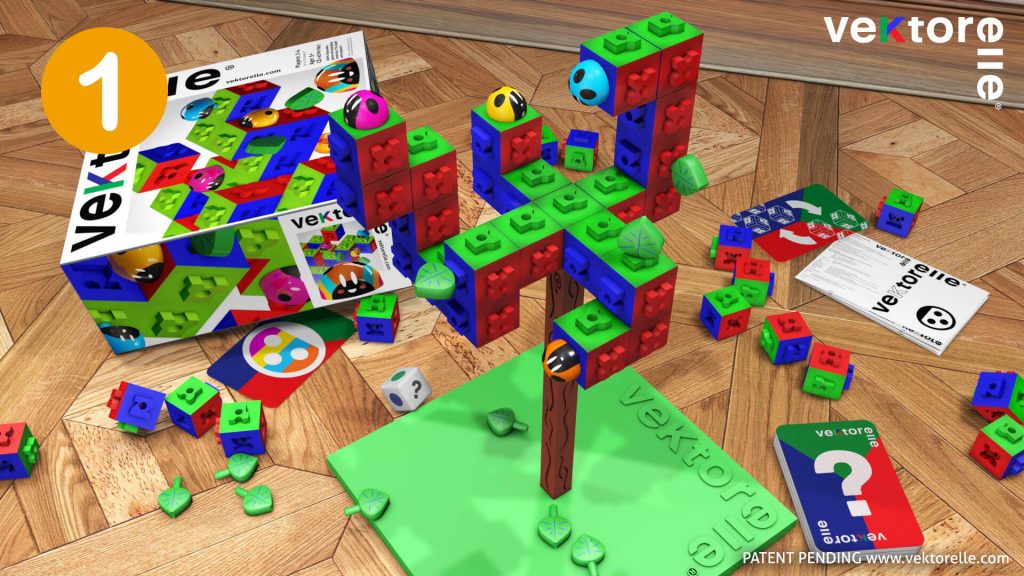 *Vektorelle Classic is intended at this stage for schools and teachers, and is produced on request.

Description: Get your Ladybug on the tree and start your Vektorelle Classic match! Move the checkers on a growing, floating, and always changing 3D scenario. Move backwards and forwards, left and right, up and down! Build your own way one Vektorella at once, challenging the force of gravity. Be careful not to get crossed by another player or you’ll be out of the game! With Vektorelle Classic you will have three solutions in one: Free constructions with cubes, board game “Vektorelle Classic”, didactic tool. To develop infinite ideas of play, creativity and learning around the relationship between numbers and space. Learn what a point in space is in a mathematically consistent and never before seen* way.

– From 5 years old to all ages.
– Based on color and logic Vektorelle works universally in any country.
– * Self-explanatory, about X, Y and Z, negative and positive values, alignment and numbering.
– * Unique and innovative tool that facilitates early literacy with respect to the Cartesian space.
– * System patented.
– Primarily not digital. Based on sensorial, visual, tactile, and spatial perception for the wellbeing and development of the child. Research (still ongoing)

Not a teacher or a school? REGISTER anyway, other games are coming.

More about the project:

Vektorelle on The Design Speaking